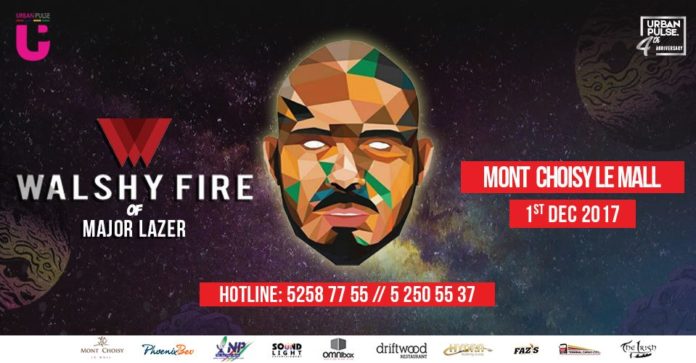 ▬▬▬▬▬▬▬ MAURITIUS IS THE MISSION ▬▬▬▬▬▬▬
“Major Lazer is the guardian of the groove. He is a dancehall samurai with the heart of a lion and the arm of a laser. After being defrosted thousands of years in the future, by members of the resistance, He dedicated his life to save the universe, one party at a time. When he is not turning up the world with songs he is usually tending bar at his club, the dancing hologram. He is sending his most fierce soldier WALSHY FIRE to save us. Mauritius is the mission!

▬▬▬▬▬▬▬ URBAN PULSE 4TH ANNIVERSARY ▬▬▬▬▬▬▬
For the last 4 years, URBAN PULSE has been without a doubt one of the leading force in the local entertainment scene. Urban Pulse has set up his blueprint by producing more than 12 major successful events namely SHOWTEK, MAITRE GIMS, MASTIKSOUL, THE ODYSSEY BY DAVID JAY 18 YEARS IN THE MAKING, THROWBACK EXPERIENCE WITH LONDON BEAT AND OTTAWAN among others.

Mauritius was dreaming of it. URBAN PULSE made it a reality.
For its 4th-anniversary URBAN PULSE is more than proud to bring 1/3 of the biggest band in the world for the last decade in pop culture namely the iconic WALSHY FIRE of Major Lazer!

▬▬▬▬▬▬▬ MONT CHOISY LE MALL ▬▬▬▬▬▬▬
Nested in north The venue was strategically chosen by the organizers. Easily accessible and other logistical aspects are favorable combining because the most convenient venue to host an event of this caliber.

▬▬▬▬▬▬▬ UPLIFTING TECHNICAL POSSIBILITIES ▬▬▬▬▬▬▬
Combining the finest dance music talents with leading-edge production to create an unparalleled experience of sight and sound that you will have to encounter for yourself to believe. This is our world, so come play and let your imagination lead the way.
Having the biggest confetti’s canons, big LED walls and CO2. It is almost an extension of the music. And with these criteria, we sat down and came what is now known as WALSHY FIRE PLAYGROUND.

It turns out to be this massive structure as big as a jumbo jet. The concept back then was to use projectors, mapping onto the structure to get some breathtaking holographic technology that would take the visual experience to a totally different level. It is also being interacting with the music instead of being random.

The Management Reserves The Right of Admission

By attending this event you are agreeing to be filmed & photographed. 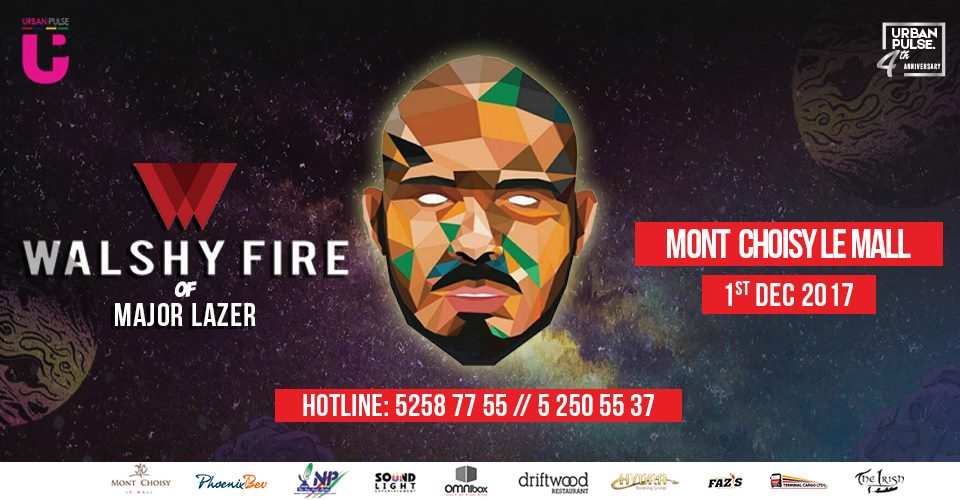